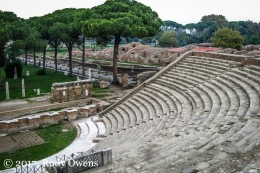 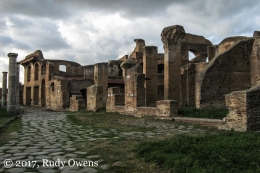 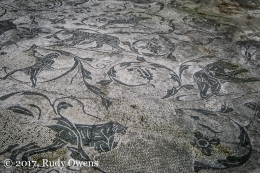 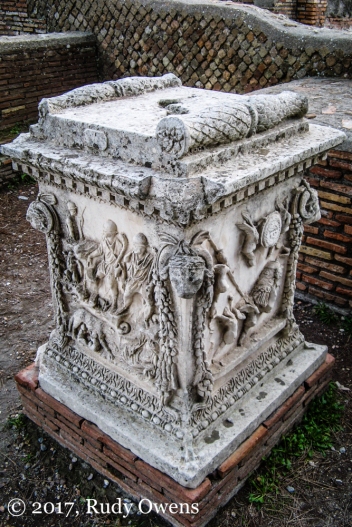 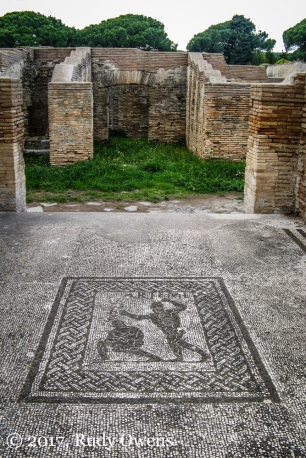 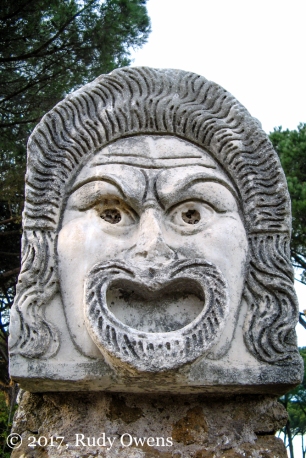 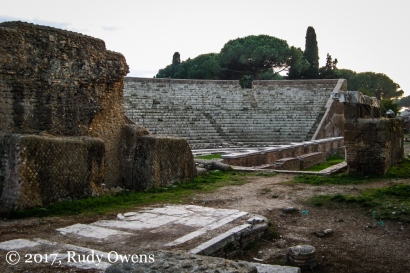 Market of the guilds, mosaic.

Via Ostiensis at Ostia Antica.

Despite my misgivings about social media these days, I find it is one of the finest places to learn about ancient history and archaeology. I am now following multiple websites that showcase the civilizations of the Mediterranean from about 2,000 BC onward, particularly Rome. One of my favorites, run by Carole Raddato, covers the world of the Roman Empire in the era of Hadrian. On it, you can explore Roman life, history, and historic ruins, which can be found in Asia, Africa, and Europe.

These websites have inspired me to dig up some of my photos I took in 2006 of the ancient port city of Roman called Ostia Antica. I never published these as a series until now.

The city dates from 620 BC, lying at the mouth of the Tiber River. It was once a vital port, supplying critical goods like wheat to the mighty city of Rome. Today, it is a beloved archaeological treasure, a short trip from modern Rome by subway. It is well documented in travel guides, such as those published by Lonely Planet and Rick Steves. If you want to really work up an appetite for a trip, see this drone footage from the regional tourist agency.

I recommend using the links I just referenced to learn about its past and take a walking tour of the great Roman ruins there, reportedly the finest in Italy outside of Pompeii. You will find remnants of a great bathhouse, apartments, the market of the guilds, public bathrooms, tombs, and more. Mosaics are still intact that capture startling realistic renditions of the natural world and charismatic fauna like tigers, bears, and dolphins.

The city is referenced in the HBO miniseries Rome, which is well worth watching to catch a surprisingly accurate view of life in the once mighty empire at the time of Julius Caesar. If you do go to Rome, by all means put this on your list. Of all of the Roman ruins I have seen on three continents, it is among the best to give one a feeling for the lives of ordinary people in a working city more than 2,000 years ago. 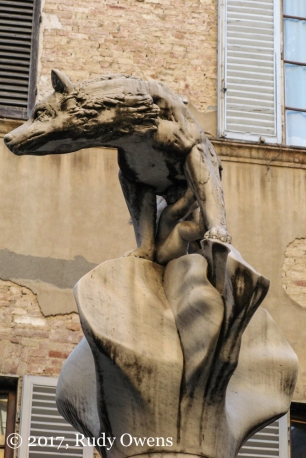 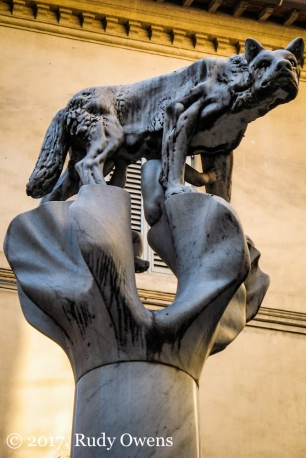 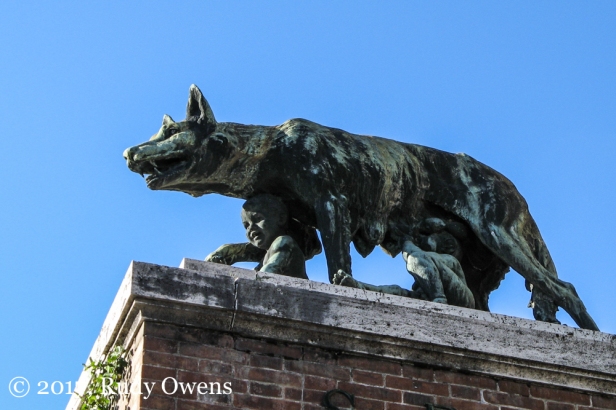 This week, various media agencies reported that the most iconic of all predators, the wolf, had returned to areas surrounding the ancient and still great city of Rome.

Two wolf pups were photographed frolicking in a reserve area for birds. For centuries, the predators were hunted to near extinction in Italy. The iconic predator also is celebrated in Italy’s history in the myth of Rome’s founding. 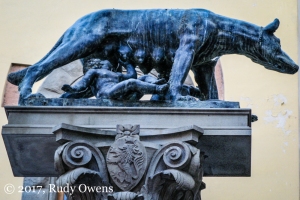 The Romans credited the creation of their city to the kindness of a mother she-wolf, who nursed the infants Romulus and Remus, who had been left to die in the wild. According to the legend, the pair would go on to establish Rome. The wolf also is celebrated in many other cultures, through art, myth, and folklore.

Rome’s founding story is celebrated in statues called the Capitoline Wolf, first erected in Italy in the 11th and 12th centuries. I saw several such statues, in Sienna and Florence.

At the most basic level, Rome’s creation myth is literally connected to sucking the breast of a feared carnivore. The almost primal connection to something feared and revered is woven into Roman identity. For anyone familiar with that history, Rome went on to conquer and absorb all other cultures and civilizations surrounding the Mediterranean Sea, stretching from the highlands of England to the hot sands of modern-day Iraq to the Nile valley, as far south as southern Egypt.

I photographed these statues in 2006 during my travels in Italy, mainly because I feel a strong personal connection with wolves. I had some of the most memorable encounters with wolves in the wild in Alaska, when I lived there between 2004 and 2010.

During one spring mountain run, I met a wolf mom and her pups. They approached me, curious as pups are. Their mom whimpered, trying to signal them back to safety. She was a loving mother. Humans fear them because they have, I think, more dignity than us in many ways in how they care for each other.