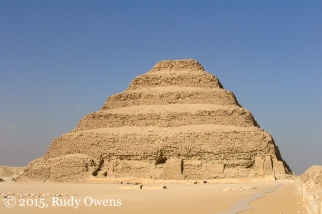 The Djoser Pyramid is in the complex know as Saqqara, south of Giza near the ancient city of Memphis. 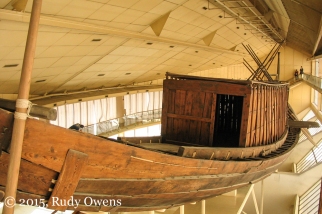 The Khufu Ship, in its home next to the Giza Pyramids, known as the Solar Boat Museum. 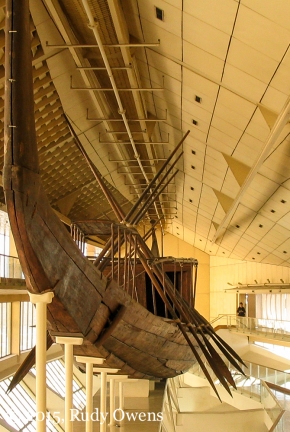 Tonight I read that the lunatics with a plan, known to the world as ISIS, have bulldozed the ancient Assyrian city of Nimrud in Iraq, after taking jack hammers to some of the world’s most historic treasures.

Make no mistake, these guys are deranged nihilists, masquerading as liberators and religious purists, who would like to see a religious world order. That vision is premised on the eradication of human history, in order to create a theocracy based on what they claim to be Islam. I deeply mourn the deaths caused in Syria and Iraq over the last decade and actually decades before, in which the West and local actors all have played major roles. I will always reserve greatest sympathy for innocent civilians who have suffered the most.

But as someone who values the past, who respects what it teaches the present, who appreciates its richness and beauty, I am severely heartbroken by yet another brazen act of destruction by these criminals. I am still waiting to learn if many in this group of criminals had been trained in facilities funded from Saudi Arabia-based oil wealth, but I doubt that expose will be written. (Note: these guys just did not appear out of nowhere, and there is a long trail here in terms of who promoted this fringe brand of Sunni Islam. ISIS emerged after the wily and Machiavellian Saudi Prince Bandar, former ambassador to the United States, had re-emerged in 2013 as Saudi Arabia’s go-to dealer to topple Syria’s President Bashar al-Hassad, until Bandar was recently toppled.).

So, tonight as I grieved for the latest act of human idiocy, I wanted to pay tribute to some treasures I adored when I visited Egypt in 2004. These treasures dating from more than 4,600 years ago are still with us today. So here they are, my salute to who we were, and not what we have become. The ship seen in these pictures is the Khufu Barque, a 4,600-year-old treasure of ancient Egypt that was unearthed near the Giza pyramids and was restored painstakingly after being buried nearly 46 centuries. Its exact purpose remains a mystery, but it likely served to transport the pharaoh as the sun god during his daily trip across the sky. The ziggurat style pyramid is from Saqqara, known as the step pyramid of Djoser, also more than 4,600 years old. It is near the ancient city of Memphis, south of Giza.

(All photos were taken with a simple Canon point and shoot; click on each photo to see a larger picture on a separate picture page.)