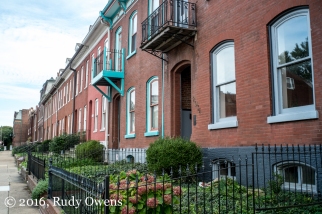 During my last trip to St. Louis in October, I visited the Benton Park neighborhood of south St. Louis. To the east, the area is severed by Highway 55 , which runs south and north, cutting off neighborhoods from the industrial waterfront, where factories, power plants, and shipping firms dominate the landscape. Not too far to the west, you cross Gravois Avenue and hit the great Tower Grove Park, one of the nation’s best public parks. If you wander the streets, you might find a beautiful old church, classic row homes, and other architectural gems that make St. Louis a hidden treasure, still unknown to most of the country. Here are a few of the pictures I took on the 2000 block of Sidney Street, not far from the Anheuser-Busch factory and Highway 55. 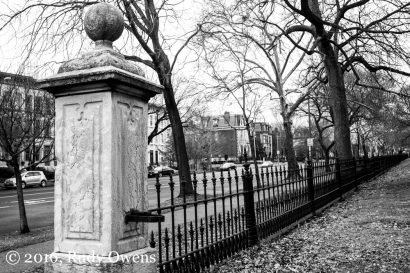 The Djoser Pyramid is in the complex know as Saqqara, south of Giza near the ancient city of Memphis.

The Khufu Ship, in its home next to the Giza Pyramids, known as the Solar Boat Museum.

Tonight I read that the lunatics with a plan, known to the world as ISIS, have bulldozed the ancient Assyrian city of Nimrud in Iraq, after taking jack hammers to some of the world’s most historic treasures.

Make no mistake, these guys are deranged nihilists, masquerading as liberators and religious purists, who would like to see a religious world order. That vision is premised on the eradication of human history, in order to create a theocracy based on what they claim to be Islam. I deeply mourn the deaths caused in Syria and Iraq over the last decade and actually decades before, in which the West and local actors all have played major roles. I will always reserve greatest sympathy for innocent civilians who have suffered the most.

But as someone who values the past, who respects what it teaches the present, who appreciates its richness and beauty, I am severely heartbroken by yet another brazen act of destruction by these criminals. I am still waiting to learn if many in this group of criminals had been trained in facilities funded from Saudi Arabia-based oil wealth, but I doubt that expose will be written. (Note: these guys just did not appear out of nowhere, and there is a long trail here in terms of who promoted this fringe brand of Sunni Islam. ISIS emerged after the wily and Machiavellian Saudi Prince Bandar, former ambassador to the United States, had re-emerged in 2013 as Saudi Arabia’s go-to dealer to topple Syria’s President Bashar al-Hassad, until Bandar was recently toppled.).

So, tonight as I grieved for the latest act of human idiocy, I wanted to pay tribute to some treasures I adored when I visited Egypt in 2004. These treasures dating from more than 4,600 years ago are still with us today. So here they are, my salute to who we were, and not what we have become. The ship seen in these pictures is the Khufu Barque, a 4,600-year-old treasure of ancient Egypt that was unearthed near the Giza pyramids and was restored painstakingly after being buried nearly 46 centuries. Its exact purpose remains a mystery, but it likely served to transport the pharaoh as the sun god during his daily trip across the sky. The ziggurat style pyramid is from Saqqara, known as the step pyramid of Djoser, also more than 4,600 years old. It is near the ancient city of Memphis, south of Giza.

(All photos were taken with a simple Canon point and shoot; click on each photo to see a larger picture on a separate picture page.)

I took these photos in October and November 2014. I will eventually have photographed most of the unique houses of worship in Portland that I considered to be architecturally significant and uplifting to the eye, mind, and spirit. There is no particular order or deeper purpose. I really do like what the craftsman, architects, and builders did in this town in the 1900s. Nice work, everyone. (Click on each photograph to see larger pictures on separate picture pages.)

I took a picture of these maple leaves in Portland’s Concordia neighborhood. 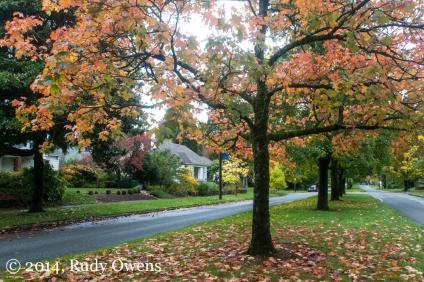 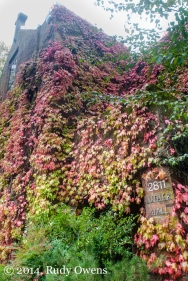 I discovered the neighborhoods and campus of Concordia University, a Lutheran university in Northeast Portland where a friend of mine is on the faculty. This is part of my larger project to visit and document all of the neighborhoods and landmarks and flavors of Portland. The school is a little over 100 years old and still has some of the older buildings standing, covered in ivy. Fall colors were spectacular on and around the campus. The surrounding area is also called Concordia. I very much enjoyed this part of town, which historically has been associated with a lot of crime and drug traffic. Now houses start at $300,000 and up. 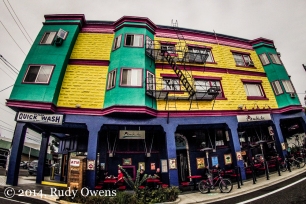 I recently moved back to Portland after a long period away. I am taking photographs of buildings I knew years ago and those I had never encountered. Here are a couple. They simply caught my fancy because of their design, color, and sense of place. (Click on each photograph to see a larger picture on a separate picture page.) 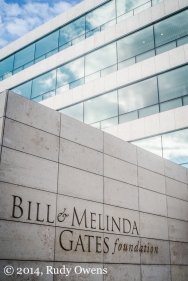 The two principal co-founders of Microsoft Corp., Paul Allen and Bill Gates, have both left a huge mark on the region and the world because of the concentration of personal massive wealth and their willingness to use that wealth to express their passions, quirks, and visions. Allen is reportedly just the 26th richest man in America at 61 years of age. He has spread his cash, and a lot of it, in things beyond his mega-yacht, two professional sports franchises (the Blazers and Seahawks), University of Washington buildings, spaceships, foundations, and lots of prime real-estate in the Seattle area. A guitar enthusiast, he helped to fund and build the Experience Music Project (EMP) Museum. Located next to the Seattle Center, this wildly shaped interactive museum, designed by Frank Gehry, pays homage in its name to Seattle’s favorite native-son guitar legend, Jimi Hendrix, as well as Allen’s love of all things science and science fiction.

Gates, at 58, has a net worth of about $76 billion, according to press reports. He remains atop the list of the United States’ mega-billionaires. As many know from countless sponsorship promos, he launched his vaunted and sometimes criticized Bill and Melinda Gates Foundation in 1997, in no small part due to his very savvy wife’s influence. The Foundation reportedly has assets now valued at nearly $39 billion. It remains focussed on global health initiatives, technological innovations to improve global and maternal health, poverty reduction, information technology access, and education. The Foundation’s world headquarters literally sits across the street from the EMP.

For us normal and not-so-wealthy folks in Seattle, we are in the shadow of these very rich and influential super-rich billionaires many times over. I recommend any Seattle visitor check out both facilities. In a short walk, you can gaze upon the manifestations of these two mens’ very large egos that continue to shape not only Seattle, but in the Foundation’s case, quite literally direct the global health agenda. Now that is true power beyond the software running on my desktop and laptops.