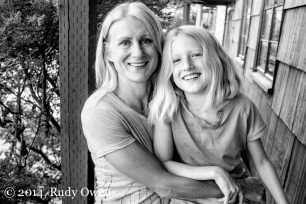 From my series of mothers and daughters

About two weeks ago I saw a mother and daughter holding hands and walking together at a local farmer’s market. I thought about the many mothers and daughters I know, and have known, and also have photographed. I realized that some of my best pictures have been through this pairing, which sheds light on this special relationship. Yesterday, I shot the first of my new series. It was a good learning experience for me, and I found some things I can do better. I would do better if I had an underpaid or unpaid intern, but hey, you sometimes cannot have such luxuries. I also can shoot a little slower, but at times it is in those fast and spontaneous moments when the truth of the love between a mother and her daughter are revealed more clearly and captured in pixels. There definitely will be more to come. (Click on each photograph to see a larger picture in a separate picture page.)