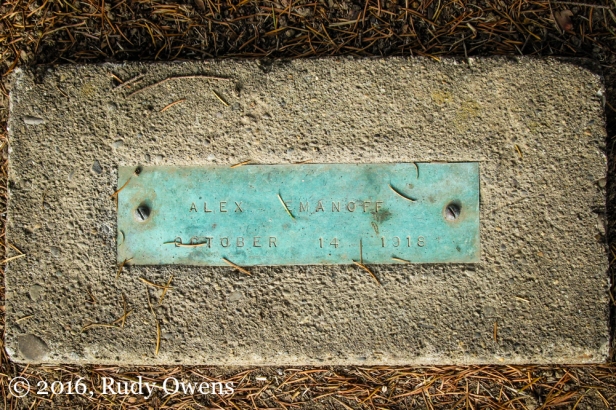 Just east of Interstate 5, as one approaches the city of Keizer, Oregon, from the north, sits a mostly forgotten burial ground. I never knew of its existence until I looked at a Google map, planning a trip to the Salem, Oregon, area last fall. I was unaware that the Chemawa Indian School and its adjacent cemetery called Keizer home.  According to the school’s web site, the facility dates to the 1870s when the U.S. Government authorized a school for Indian children in the Northwest–a practice that removed children from their culture and families.

Native American girls at Chemawa work in school training programs for “home economics” skills, in this image dating from 1886. (Image courtesy of The West Shore and found at: Offbeat Oregon: http://offbeatoregon.com/1212d-chemawa-boarding-school-cultural-treasure.html.)

This was a period of highly criticized forced cultural assimilation of the region’s and nation’s Native American population into general society through education. The boarding high school just outside of Salem was first built in 1885, following an earlier one outside of Portland. The school claims it is the “oldest, continuously operated boarding school for Native American students in the United States.” It continues today, and is off limits to outsiders without permission to visit. The campus has Native American art, a sports field, and sits near the cemetery. Here children who were boarded at the school and who died while in the school’s care are buried.

So, naturally, I wanted to take a closer look given the boarding school would not let me see the campus grounds. The cemetery is in earshot of the freeway roar, and has pines standing on it, surrounded by a steel fence. The graves are modest, bearing names of youth who died from the early 1900s toward the mid-20th century.

I was struck by the number of deaths, as marked on tiny concrete grave markers, which listed 1918 as the year of death. That year the great pandemic spread worldwide and claimed more than 21 million lives–more lives than the battlefields took during the Great War.

A few months after my visit, the Al Jazeera news organization in January 2016 reported a Native American researcher, Marsha Small, had concluded that there were more than 200 documented graves at the Chemawa Cemetery. According to the somewhat critical story, “Government records indicate that epidemics of tuberculosis, trachoma and influenza often swept through overcrowded dormitories at the boarding schools, where children were often malnourished and exposed to germ-infested conditions due to inadequate funding.”

The pandemic that was sweeping Oregon was so severe in 1918 and 1919, that Oregon lawmakers cancelled their legislative session out of fear of the killer flu virus. The Oregon Quarterly reports that the first cases in Oregon were reported on the University of Oregon campus in October 1918. Given the conditions of a boarding school, it is likely it could have taken hold at Chemawa too. The cluster of three deaths over a four-day period is almost certainly an indication of a contagious disease, such as influenza. However, no additional information is listed on the headstones of these long forgotten young people, who died far from their families, in a place most people still do not know exists.