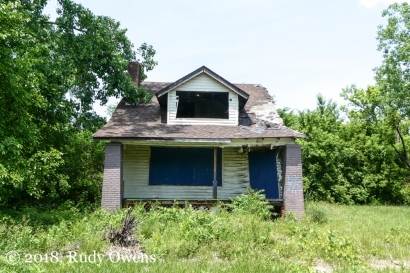 This apartment on Rosa Parks Boulevard sits across the street from the site of the former Crittenton General Hospital, where I was born and then placed for adoption. 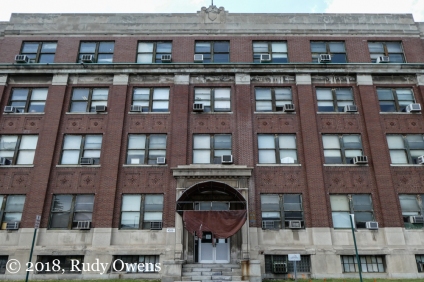 The Lincoln Hall of Justice is home to the Family Division of the Juvenile Court, in central Detroit. It is less than a mile from my birthplace, and it is also the court that ultimately awarded me my original birth certificate after a hearing in June 2016, more than five decades after I was placed for adoption. I visited the facility and met with the staff who handled my case and let them know about my new memoir on my experience with their court and the state of Michigan. 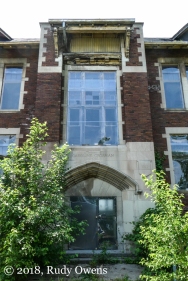 The Caroline Grossman Elementary School, built in 1911, is one of many that are closed and falling into decay in Detroit, due to population loss and the inability to maintain facilities that no longer are filled with kids.

Last month, I visited my birth city, Detroit. I was born here and lived in the city less than a year. My family moved to Boston and later to St. Louis. Despite that short period of time, I am forever connected to the Motor City. I was, quite literally, made in Detroit.

I also was relinquished for adoption in Detroit, a topic that I explore in my new memoir on the American adoption experience. More specifically, I was born in Crittenton General Hospital, a facility that was created to serve single mothers in 1929. By the 1940s it had transformed into a maternity hospital that promoted adoption as the most suitable plan for single mothers. Like thousands of other babies born at the hospital, I was surrendered to an adoption agency, placed in foster care, and eventually adopted by my family.

My birthplace was torn down in 1975. I examine the legacy of my birth place on the website for my book. The hospital location in central Detroit, a few blocks off of the John Lodge Freeway in central Detroit, is now the location of the Detroit Jobs Center and a nursing home. There is no memorial or marking indicating the building that stood on the property for decades earlier, serving literally thousands of patients, mostly mothers and infants. If a person did not know the story of the hospital and its role in promoting adoption, they would never know the history of this place.

The surrounding area today shows the economic distress that still is prevalent throughout greater Detroit. Some homes are kept tidy, while many others, as well as apartments, are showing decay.

I wrote about my feelings returning to the place where I came into this world more than five decades ago. I felt a mixture of exuberance and also sadness seeing the place on earth when I came into being.

One cannot undo one’s past. It is the foundation upon which one build’s an identity and place in the world. I am glad I have reconnected with my roots after all of these years.