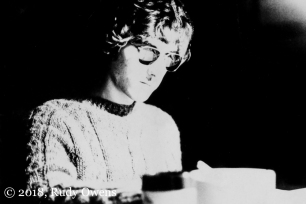 I think there was some Bob Dylan thing going down when I took this shot. 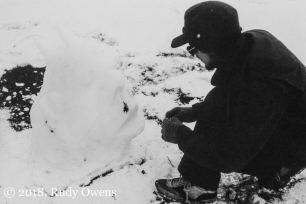 Some people look cool in a goatee, and Sebastian was one of them.

Despite the inauspicious circumstances that led my former freshman college roommate to fly from France to Portland this week, I could not be more happy. It has been well over three decades since I shared the cramped dormitory living space in college with my friend, Sebastian. And fate brought him back to Portland this week. For that, I personally am grateful.

I probably could not have found a better person to share that tight living space with, when I was 18. It was the only time in my life I lived in a dorm (for one academic year exactly), and I am sure I was not the easiest person to be with. I had odd hours and was restless. I probably woke Sebastian up more than he would like doing those all-nighters that I tended to do during my undergraduate days.

Last night a group of us former classmates gathered at a local pub in Portland. I had not seen any of these folks in decades. I really enjoyed it. It made me realize how important connections can be, even when you part paths and move to different parts of the country, or world.

That get together inspired me to dig up two black and white shots I took of Sebastian, when I was more into black and white photography and darkroom experimentation. One shows him hard at work in his room during our freshman year. I always admired his ability to focus, not to mention his incredible intelligence. The other shows his creative side, which he had in spades. Thanks for helping to make that first year of college a success, and safe journeys, ami!