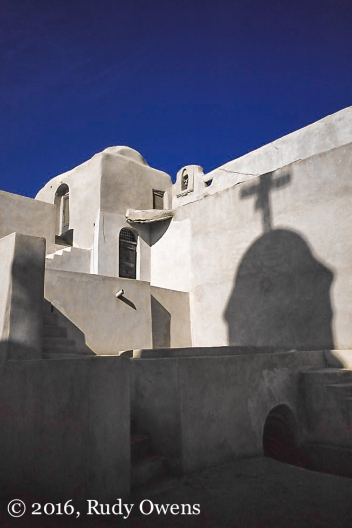 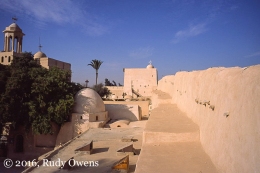 In 2004, I visited Egypt. This was a dream come true. There is so much history in that land, one cannot appreciate its diversity in just one visit.

My trips usually focus on projects and themes. On this trip, I wanted to explore Coptic and Christian monasteries, having recently seen and visited monasteries in the Occupied West Bank and Turkey a few years earlier. I also was influenced by William Dalrymple’s superb travel and history narrative of the monasteries and Christians of the Mideast called From the Holy Mountain.

On this trip I visited the historic Coptic Egyptian monasteries of: Bishoi and Suriani near Cairo, St. Anthony and St. Paul near the Red Sea (only made it to the entrance of St. Paul), the long-abandoned St. Simeon near Aswan, and St. Tawdros Monastery near Luxor. I also visited and stayed at St. Catherine’s Monastery, the Greek Orthodox monastery founded during the reign of the Byzantine Empire and sacred to Jews, Moslems, and Christians. Some are 1,600 years old, and all but one of those seen here is still functional today. 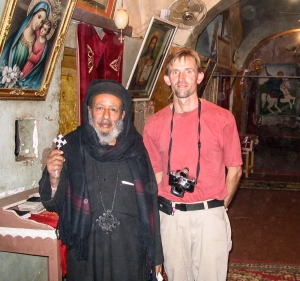 My host at St. Tawdros Monastery gave me a tour of the historic site, just outside of Luxor. My visit required the permission of the chief for the local security detail, who also joined me. This was one of several times Egypt’s security forces went out of their way to both help me and perhaps ensure I did not do anything suspcious. This visit was one of my highlights.

Visiting the monastery in Luxor required official approval of the head of local security. It was a tense time at any Christian site, and across the country it got worse after my trip. There were terrorist attacks on Copts before the start of the Arab Spring, when military protection of Christian sites began to melt away. Copts, one of the world’s oldest Christian sects, faced and still face systematic discrimination by the Moslem-dominated Egyptian government. This only became worse with the fall of the Mubarak dictatorship, (Read my essay on the persecution of Copts in modern Egypt.)

Still, everything about my 2004 trip was memorable—from meeting with Coptic monks to seeing pilgrims from Africa, South Korea, and other locations file through St. Catherine’s Monastery in the Sinai, where Moses reportedly found the burning bush. While getting to each of these places proved dangerous, difficult, and expensive, I was rewarded by having a deeper appreciation of Christianity’s monastic traditions that represent some of the best elements of the faith that remain very much alive today.

You can read a history of Egypt’s ancient monasteries and Christian monasticism in Egypt in Michael McClellan’s book: Monasticism in Egypt: Images and Words of the Desert Fathers. There are also some wonderful historic photographs of monastic life from the first decades of the 20th century on this  blog published by Diana Buja. You can also buy Gawdat Gabra’s Coptic Monasteries: Egypt’s Monastic Art and Architecture.