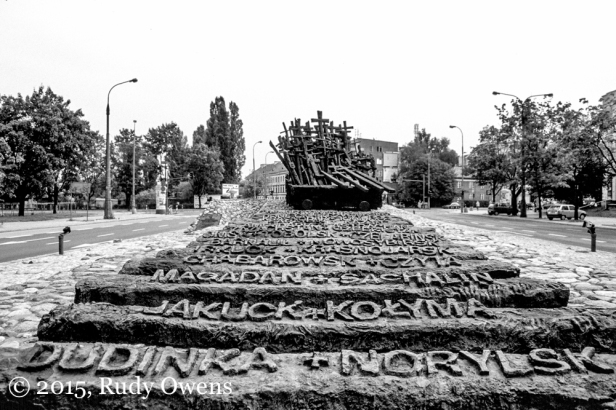 In Warsaw, a sculpture honors prisoners killed and imprisoned in World War II by the invading Soviet Army, a still controversial issue to this day.

In Warsaw, ghosts of World War II are all around. In July 2000, I found this one, Monument to the Fallen and Murdered in the East. It honors victims of Soviet atrocities to Polish prisoners who died in captivity in camps in the former U.S. S.R. during that insane war that only ended 70 years ago today. Seems like an appropriate day to honor the memory of ghosts. (Click on the photo to see a larger picture on a separate picture page.)