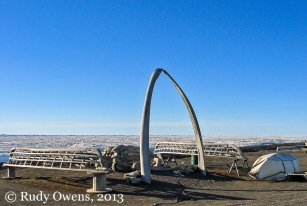 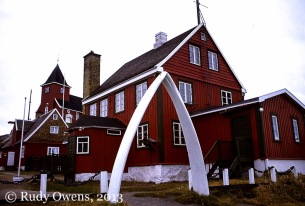 In 2007, I attended the Inuit Circumpolar Conference in Barrow, which brought together the different Inuit groups, spanning the circumpolar north from Russia, to Alaska, to Canada, to Nunavut, to Greenland. The Inuit are distinct culturally, linguistically, and historically. Having traveled widely in Greenland and Alaska, this was abundantly clear in many of the ways these cultures express their identity and relation to the sea. Here are two perspectives on how closely linked Inuit culture is to its traditional hunting lifestyle, in this case hunting, killing, eating, and utilizing whales. You can also find other photos I have taken of Greenland and Alaska on my web site (www.rudyowens.com).