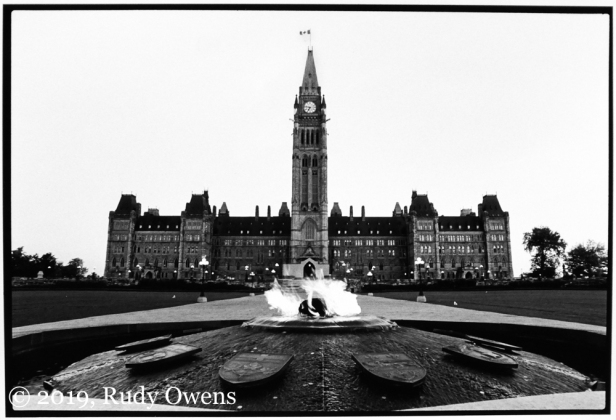 (Click on the image see a larger picture on a separate picture page.)

I spent eight and a half years of my professional life working for the Government of Canada, for its Department of Foreign Affairs and International Trade (now called Global Affairs Canada). I did that as a U.S. citizen, working for the Consulate General of Canada in Seattle and then for the Consulate of Canada, Anchorage. I enjoyed every minute of that experience, serving the Canadian people and helping build better relations between the peoples separated by the world’s longest and most peaceful border.

Tomorrow, on July 1, Canadians the world over and through that “blessed land” celebrate the confederation in 1867, known today as Canada Day. It’s a joyful time, and Canadians I know celebrate it traveling, with friends and family, and often in Canada’s beautiful outdoors.

To all of the Canadians I know and never met, thanks for providing me the wonderful opportunity to have visited your country, work for your country, and celebrate its values and traditions that remain a pillar of openness, democracy, and freedom the world over.

I took this photo during one of my many trips to Ottawa, when I worked for Canada. I positioned myself on Wellington Street, looking northwest on Parliament Hill to the Eternal Flame and the Parliament Building, the seat of Canada’s national government. If you ever get a chance to visit Ontario, add Ottawa it to your list. It is a beautiful city, and this building is among the finest I have ever toured. 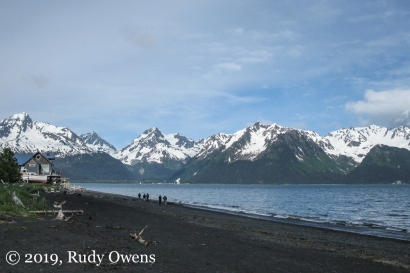 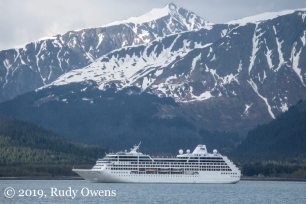 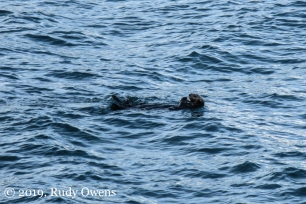 Seward, Alaska, the small port city on the Kenai Peninsula, remains one of the most visited Alaska tourist communities. Nestled along the scenic Resurrection Bay and sitting next to scenic mountains and nearby fjords, it offers fabulous views and access to Alaska’s abundant wildlife, as well as fishing. The foreign-run cruise-ship industry also docks in Seward and unloads literally hundreds of thousands of visitors every tourist season—an estimated 1.3 million people will visit Alaska by these floating behemoths of the sea in 2019.

I frequently drove to Seward when I worked and lived in Anchorage from 2004 to 2010. The drive offered spectacular views, and each trip was rewarded by equally great vistas and experiences in Seward. I loved late spring and early summer the most. Here are a few of the scenes from trips I made in 2009 and 2010. I miss it and remember the landscape fondly. 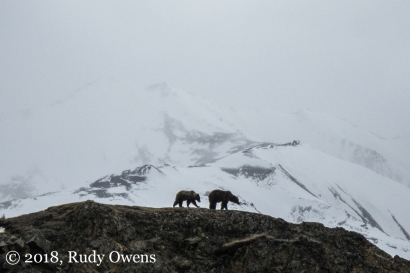 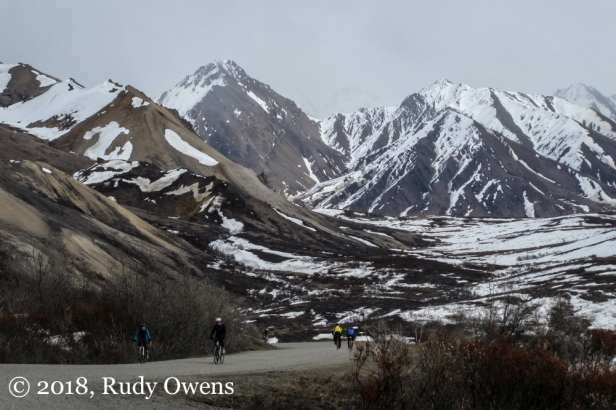 In May 2010, I took one of the funnest trips I logged during my six-year stay living and working in Alaska. I joined a group of some adventurous and fun outdoor-loving Alaskans for a mountain-bike day trip into Denali National Park.

Before the National Park Service opens the main park road to tourist buses, it allows cyclists to pedal up this mostly dirt road. On that trip, I went with a group of four other mountain bikers, getting as far as the Polychrome Overlook. I didn’t see Denali. Clouds will cover the majestic peak more than half the tourist season, so I didn’t expect to see it. I did expect wildlife, maybe some waking grizzly bears, other wild animals, and beautiful terrain. On that front, the trip was a stunning success.

Denali by Mountain Bike, the Only Way to Travel in Mid-May

The adventure began, as you can expect, around a campfire after all of us had driven up from Anchorage (amazing drive, by the way). We secured a camping spot at the Riley Creek Campground, near the main entrance. This is still a surprisingly wild and beautiful area. Staying up late in the arctic night, we talked story around a fire and planned for an early start on a Friday morning in mid-May.

The next morning, we drove as far as the park service allows, not far from the Savage River Campground. From here, you bike in,

A group of five of us cycled ahead of most of the other mountain bikers that day and reached the overlook, 31 miles from the Savage River parking area. It’s a beautiful stretch of road that climbs up 1,500 feet vertically, with a few long up and down hills. The terrain is mostly brown and still snow-covered that time of year. Along the way, we had to stop because of traffic, namely, a grizzly mother and her two cubs. We laughed a lot as she and her young one slowly walked down the hill, calmly crossed the road, and then ambled down the hillside. We saw another pair close to this group, of a mother and just one cub, on a ridge, framed against a mastic mountain backdrop. That’s five bears in less than one hour!

Respecting, Not Fearing, the Bears

For people who don’t live in Alaska or those who pack guns to kill wild critters, this would appear to be a terrifying moment. It was not, and is not.

Bears are relatively predictable, but still lethal. If you respect their space, don’t threaten their food source or young, and don’t startle them, they mostly will leave you alone. Mostly, respect them and their home. And I can say that having travelled hundreds of hours and many more miles in Alaska’s wild bear country, by bike and foot, not once having been threatened.

I have not published these shots on my websites before and forgot until I saw them again how amazingly breathtaking the “Great Land” (that’s what Alaskans call their state) is. I miss it, particularly this time of year, when the snow begins to melt and the big critters begin to explore, eat, hunt, fish, and be wild–the way they were meant to be.

Here’s the video I published almost exactly eight years ago today from that great trip. 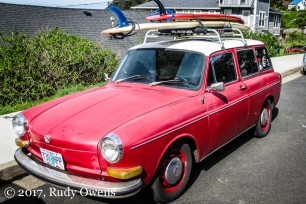 The Squareback stood apart from all of the orther rigs at the entrance to Agate Beach on a late April surf morning. 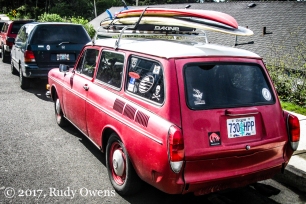 This was many of the rigs parked at the entrance to Agate Beach on a late April surf morning. 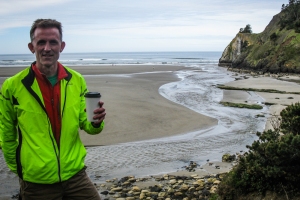 The real “scene” was at Agate Beach, a well-known break next to Yaquina Head on the north side of the port city of Newport. That is where I captured this iconic Squareback, loaded with two single fins. What a classic look.

A lot of surfers of all skill levels gathered for some nice waves on a Saturday morning, before the winds picked up and led to some rough pounding near-shore breaks that pummeled me for two hours.

I  enjoyed every minute and will return to Newport. 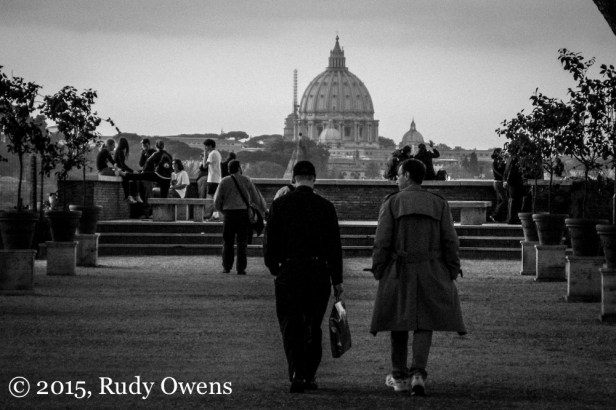 Aventine Hill offers one of the world’s most lovely views of a great city. I came here on my last night in the “eternal city.” If you go to Rome, a stroll here from the Circus Maximus field is a must-do. (Click on the photograph to see a larger picture on a separate picture page.) 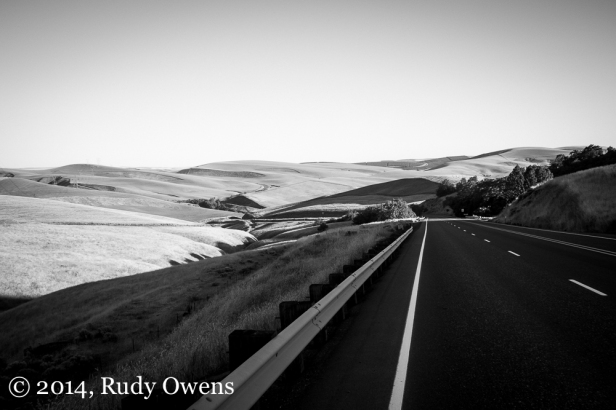 The sun casts shadows on the rolling farm country of Wasco County, Oregon, near the Dalles.

With stock images, one normally is supposed to provide some sort of cliché phrase about the road less travelled, the path to wisdom, finding one’s place involves windy roads, or a variation on this theme. For me, this was just a nice moment on a very seldom used highway (Oregon Hwy. 197), just south of The Dalles. It was early June, the crops were still growing, and the evening light was hitting the hills and casting shadows on the road. I pulled over and snapped this photo. I simply loved the scenery. This area is one of the premiere bicycle touring areas of the country. (Click on the photo to see a larger photograph on a separate picture page.) 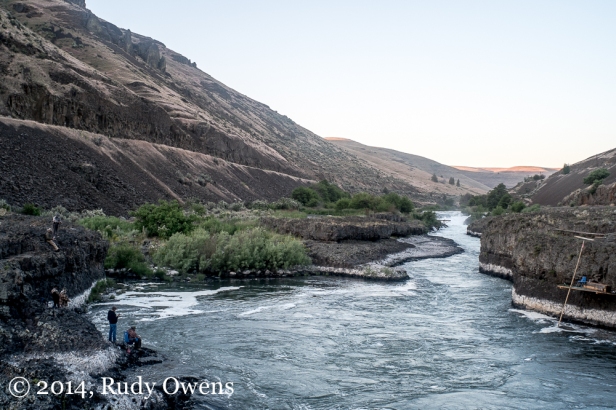 During a short road trip to central Oregon the first week of June, I accidentally discovered this amazing fishing area on the Deschutes River, north of Maupin. It is called Sherars Falls. I camped here, and I was in heaven. The fishing area is managed by the Warm Springs Indian Reservation, and I’m fairly certain Native fishermen have been visiting these falls for hundreds, if not thousands, of years. This shot was taken shortly before 6 a.m. as the morning crew arrived to cast lines for spring Chinook. The night before, the guys did not stop fishing until about 10 p.m. I love salmon fishing and passion it brings out in anglers. And this was one of the prettiest fishing locations I have ever seen. (For a larger photo, click on the picture to open a separate picture page.) 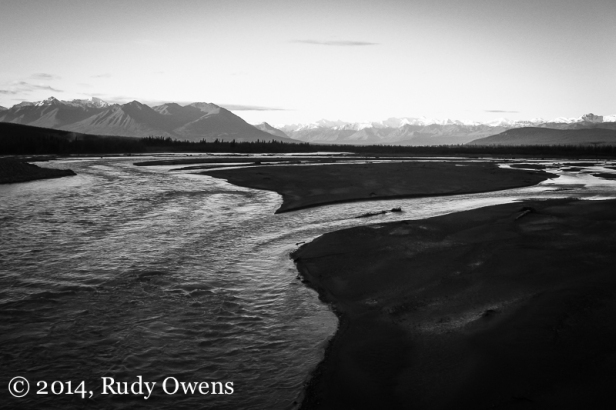 I took this standing on a bridge, along the Al-Can Highway in 2010. It is a beautiful and hard place. I always loved my travels there.

Twenty-two years ago I first came “into the country” to Alaska via the Al-Can Highway through the Yukon Territory. This was taken in 2010. The scenery is beautiful, and the land is harsh, and the mosquitos plentiful, and the economics mostly mining in these parts. (Click on the picture to see a larger photo on a picture page.)