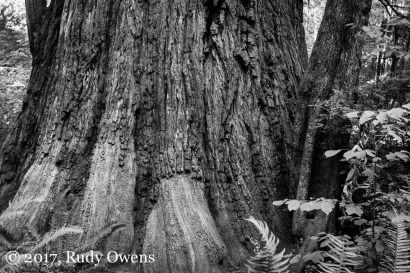 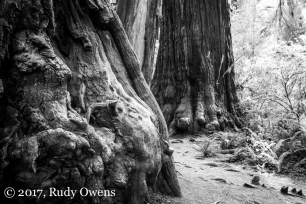 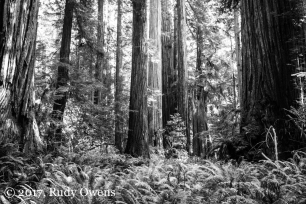 In early August, I briefly visited northern California, coming south from Oregon on Highway 101. Though the goal of my trip was to explore surfing spots on the southern Oregon coast, I tacked onto my road trip a stop in Jedediah Smith Redwoods State Park, outside of Crescent City, California.

The redwood species in the park (Sequoia sempervirens) can only be found in coastal ecological zones from southern Oregon to Monterey, California. These are the tallest standing trees on the planet.

Of course California transportation planners in their unbridled vanity plowed a road through the majestic forest, Highway 199, from Crescent City to Hiouchi. I drove that and parked my car to marvel at the ancient organisms that towered above me. There are natural trails found at a stop on this road, and they take a visitor on some lovely walking trails that capture the magic of a redwood forest ecosystem.

I had not felt so humbled by nature in a long time. I could almost feel the forest alive with some spirit force, even if that is not a sensory event grounded in empirical science.

If you visit, there are some camping sites off of Highway 101 and in the park itself, and in Hiouchi and the nearby national forest. Take some time here, unlike me. I only spent a few hours, but those were some of the best hours I spent in a long time. For those who want to try photography, a sturdy tripod is a necessity. All of these shots were at least one-second exposures.

Above all, enjoy your stay and respect the special place when you come.