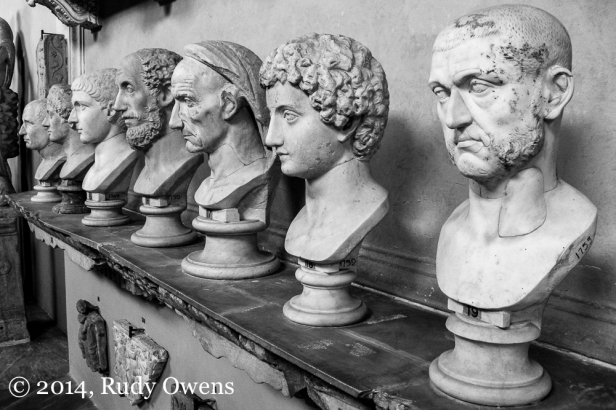 Statues of the Rome’s leading citizens are on display at the Vatican Museum in Rome. There are so many lessons to be learned from the Empire that rose, and then crashed from within (well, bad plumbing, a black plague, and a few enemies also played a role). I shot this in 2006.

Rome provides a fabulous example of hierarchy and status, of slave and master, citizens and non-citizens, not to mention privileged and non-privileged citizens. Does that sound familiar to anyone, like realities they are familiar with in the 21st century? (Click on the photo to see a larger picture on a separate picture page.)