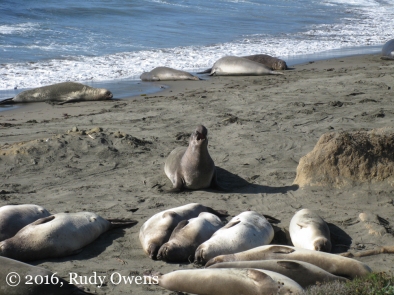 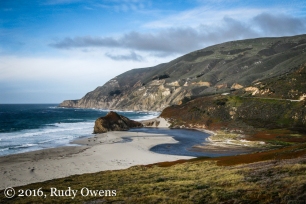 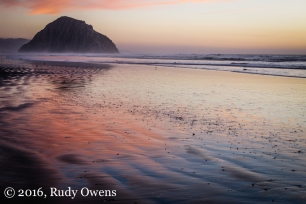 In early December, I took a surf safari, hitting popular surfing beaches on the California Coast from Santa Barbara to Santa Cruz. Along the way, I stopped at Morro Bay, a beautiful place near San Luis Obispo. It is known for its prominent Morro Rock, that juts out of the ocean like a mini Rock of Gibraltar. It is also known for great surf. I surfed Cayucos Pier, just north of Morro Bay. It is a great break.

I then drove up the California Coast, on Highway 1, through the Big Sur, until I arrived at Monterrey Bay. The highlight for that leg of the of the journey was seeing the elephant seal rookery, near San Simeon. The beach area, known as Piedras Blancas, is covered by beached elephant seals. The elephant seal is the second largest seal in the world. It is huge. I think I would be terrified if I saw one up close in the wild, in the water, given its strength.

During my brief visit I saw a number of males bellowing at each other, establishing dominance. Most of the colony simply snoozed on the beach. Some of the seals would occasionally scratch their fur with a fin or flip sand on themselves and burp. They took no notice of the dozens of human onlookers. Maybe they are used to the gawking visitors now. The prime time to see the rookery is November through February. I lucked out with great timing.