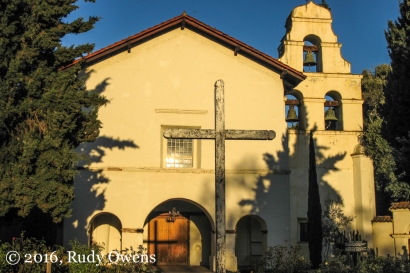 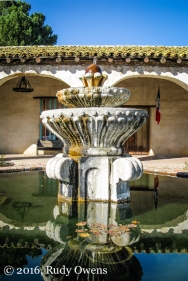 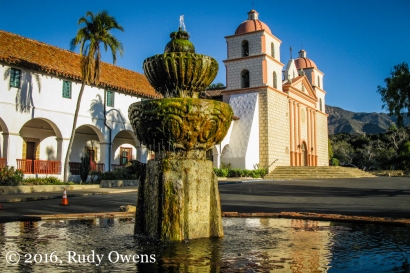 During my surfing-themed trip to some of southern and central California’s premier surf destinations, I also visited six historic California missions. In its colonial territories in North American, the Spanish colonial government and Catholic Church established 21 outposts throughout coastal and western California, starting first in San Diego and then all the way north to San Francisco.

I visited in order: San Juan Bautista, San Miguel Arcángel, Santa Barbara, San Luis Obispo, Carmel, and Santa Cruz missions. Collectively, the missions tell a story of the state’s transition from thousands of years of habitation by Native Americans, to conquest and ultimately cultural destruction at the hands of first Spain, then briefly Mexico, and finally the United States. Franciscan fathers converted thousands of Native Americans and their treatment overall was more humane than by the later American settlers and the U.S. government. Some historians, and even mainstream publications like Newsweek, have described California Natives’ collective historic experience, particularly during the era of U.S. control, as genocide because of the total collapse of Native culture and their demise, including to infectious diseases. Today there are 110 recognized tribes in the Golden State, and tribal rolls there count more than 700,000 people with Native ancestry.

Two of the missions I photographed, San Juan Bautista and San Miguel, both mentioned the graves of thousands of Indians who died in and around the missions during their long life span. Little evidence of their graves and these Native Americans’ role serving these missions is provided to tell their full story at colonial outposts that ultimately sought to assimilate and conquer the native people. Still, I love these places. They are a window on the past that is mostly forgotten. If you are in California, for holiday or if you live there, put them on your itinerary. You will be taken back in time.